City of Westmount > News > Westmount’s heritage: a source of pride 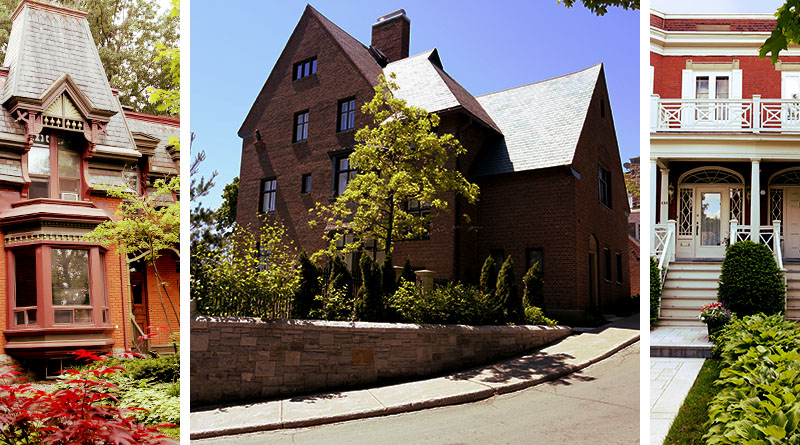 Historic places have made headlines in recent years in Quebec for the wrong reason: their destruction. However, the City of Westmount has been working hard to protect, enhance and conserve its exceptional built heritage and its many landscapes of heritage interest. Indeed, Westmount is an exemplary model of a Victorian and post-Victorian Canadian suburb and offers one of the highest concentrations of buildings built between 1890 and 1930 in North America.

Its efforts to conserve its buildings, natural environment and heritage – both tangible and intangible – have paid off with the designation of a large part of the City as a National Historic Site by Parks Canada in 2011.

The special link between the City and its heritage is the result of a long tradition of important municipal measures promoting architectural quality and site conservation.

Westmount has always wanted to maintain the quality of its environment, as evidenced by the picturesque landscape of today: well-maintained residences that blend into the urban landscape, avenues lined with mature trees, and generous public parks. Westmount created in 1916, and before any other Canadian city, the “Architectural Commission”, or the forerunner of what we know today as the Planning Advisory Committee (PAC). Across Quebec, this working group of residents and elected officials guides municipal council on issues of urban planning, architectural integration and heritage. In Westmount, the Committee is composed mainly of architects, hence its very high level of expertise.

Caring for heritage also comes with its own set of questions. How do we bring the Westmount train station back to life? How can the City’s many places of worship be enhanced and, in some cases, what new uses could be put in place? The Westmount Local Heritage Council (LHC) was created in 2016 to address issues related to heritage and the application of the Cultural Heritage Act in response to the City’s continuing interest in bringing its special places to life. The LHC was the driving force behind recent amendments to municipal by-laws to ensure the sustainability of places of worship and their adaptation to today’s financial realities. It also piloted the project that led to the citation of the Glen Viaduct as a heritage immovable.

Westmount continues to invest in the conservation of its historic properties such as the library (1899), City Hall (1922) and Victoria Hall Community Centre (1925). Westmount Recreation Centre, completed in 2014, is LEED Gold certified, making it a building that meets the highest green standards. The Centre, which includes two skating rinks, was built almost entirely underground to limit its visual impact on Westmount Park. Here, the state-of-the-art building is not an example of continuity and tradition, but rather of progress, architectural excellence and sensitive integration.

In addition, Westmount residents are guided in renovating their homes by the Site Planning and Architectural Integration Programmes By-law which sets guidelines based on building classification. In fact, each property on the territory of Westmount is classified in one of the following 4 categories for its heritage and architectural value: exceptional (category 1*), important (category 1), significant (category 2) or neutral (category 3). Thus, the degree of conservation requested for each building is proportional to its architectural value. The by-law also includes a document that helps the owners of the 49 exceptional heritage properties to identify character-defining elements in order to develop long-term conservation strategies for their house.

Westmount citizens have long demonstrated a strong sense of community involvement and a desire to protect their heritage. Reflecting these traditions, the City promotes and supports local cultural traditions, including the lawn bowling club, the historical association, military traditions, horticulture activities and community events. For all of its efforts, the City of Westmount won in 2018 the prestigious Prince of Wales Prize for Municipal Leadership in Heritage given by Canada’s National Trust.